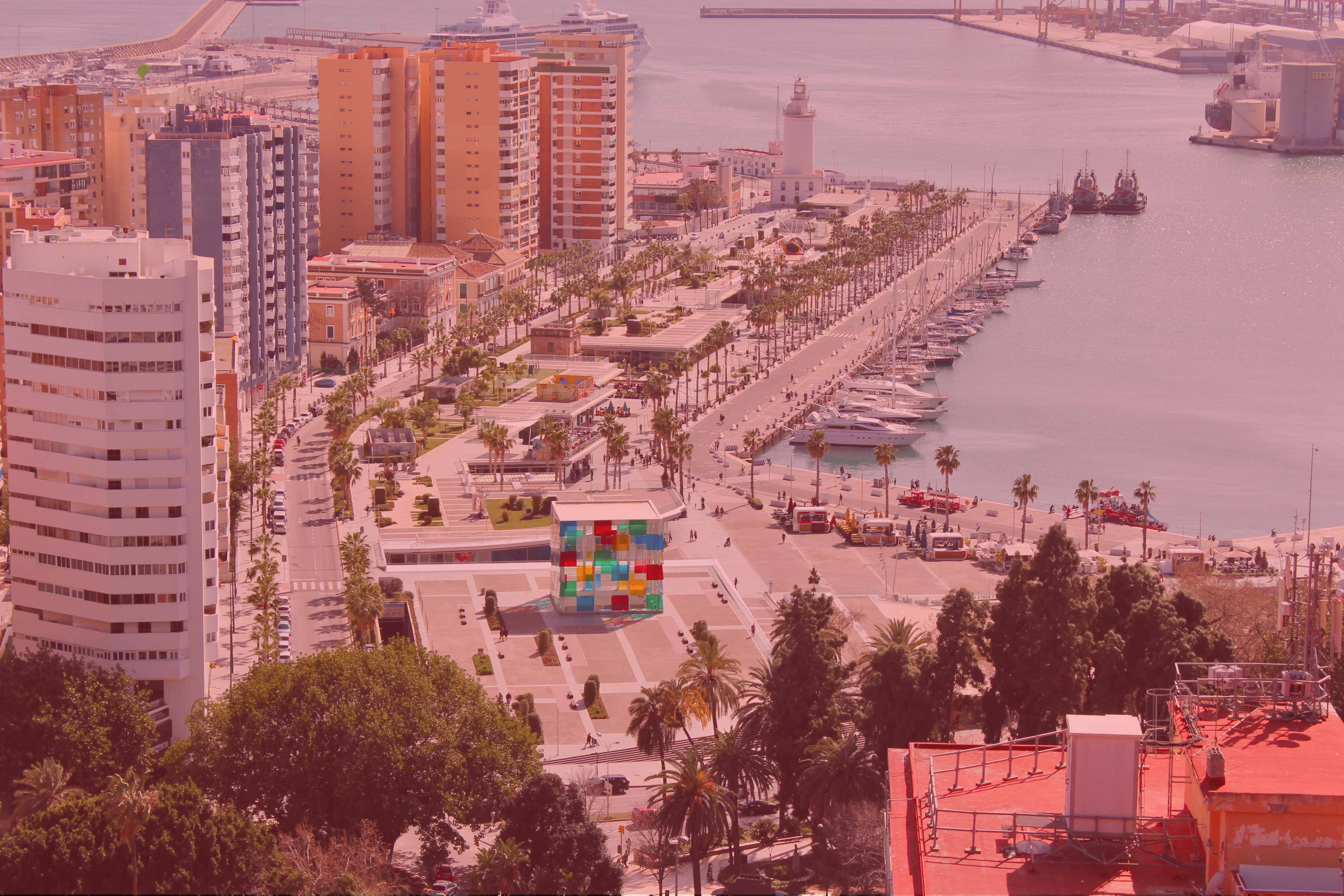 Blog by Marnix Rollfs of Roelofs

In 2014 he participated in the first Málaga Business Bootcamp. After the preparation assignment, the real situation seemed pretty different. Read the article to find out how he experienced his Bootcamp.

I studied Media Production Manager 4 years ago. I was in my second year, searching for an amazing placement company abroad, but had no idea where to go. All I knew for sure, was the fact that there was an opportunity for me to go to another country doing my placement and it had to be in Europe.

I did some research and asked teachers for the list of countries we can go to for our placement. After the announcement of the countries, I immediately knew I wanted to go to Spain. I always wanted to know what it feels like when you have to work in a country where you normally go on vacation.
Instead of going to the beach or exploring new places you work full-time in an office building. Even though this is not relevant to the Malaga Business Bootcamp, this was the start of my journey to Málaga. I was invited to go to Malaga with 7 other students from different studies. During this trip to Málaga, I got the opportunity to follow Spanish classes every morning and to work on a project given by a Spanish company. As I have mentioned earlier, I did not hesitate when they asked me if I wanted to join them. I immediately said yes and before I knew it I went on a trip for the first time without my parents as well as for the first time to Malaga.

Before I went to Spain with my fellow students, I worked on a “preparation project” here in the Netherlands. The purpose of this small project was to get to know the other students as well as the group I was going to work with during the project in Malaga.

June 2014, the month I left to go on this little journey. I am not sure what the exact date is, but it was in June. When I arrived at the airport in The Netherlands, I was quite nervous. At this point, I’ve flown only once and I just had no idea what expect from this trip. But as soon as I arrived in the city of Málaga, it felt like home. These three weeks were going to be amazing!

The apartment we lived in during these three weeks, was located in the heart of the city at Plaza de la Merced. It was 2 minutes walking distance from our Spanish school. We had Spanish classes every day. These classes were separated into two parts: the first part was mainly focused on grammar and spelling, while the second part was more practical and mainly focused on our oral skills. In between the two parts we had a break of 1 hour. Keep in mind, I was super Dutch before I went to Spain. Meaning, I didn’t speak any Spanish besides ‘hola, Buenos dias’ and ‘servessa’. These classes helped me a lot to broaden my Spanish vocabulary. I was able to have some small talk in Spanish without messing words or grammar rules up. The thing I really liked about these Spanish classes was mainly the teachers. They were always full of energy and had a lot of patience. They barely spoke English, and this was a big obstacle at first, but we managed to communicate with the teachers. I can proudly say that all of the students that were in my Spanish class for three weeks, managed to get a diploma including me.

Beside the Spanish classes, we had to work on an assignment given by a small Spanish company. We were divided into two group. Every group had its own company and unique assignment. Both groups knew each other already due to the “preparation project” in The Netherlands. My group assigned to a small cooking school in SOHO Malaga called Laboratorio de Sabores. The vision of the company was to grow and to get more customers from outside of Malaga. The citizens of Malaga – Malagueños – know Laboratorio de Sabores but they wanted to attract more people from out of the city. This was a big challenge for us since we only were going to work on this project for two weeks and the only time we had was after school and on the weekends. However, we did manage to present an amazing final product. We divided the group into two smaller groups. One part was going to focus on creating a competitor’s analysis and I was going to focus on creating a small commercial for their website together with one other student. I brought my camera with me and bought a tripod in Malaga in order for me to film the short video. While creating the video focused on the process of the food from the point it was brought to the markets to the final dish that was created at Laboratorio de Sabores. I have to mention this, I’ve made a short video once for school purposes but never a real commercial for a real client. This was a challenge but an amazing experience as well. One of the hardest things we had to do was not creating the commercial but presenting our ideas and final products to the client. The client barely spoke English and was fluent in German and Spanish, while we didn’t speak Spanish and our German wasn’t the best either. However, we have managed to present our idea and impressed the clients. He was very enthusiastic about the work we have done for him and his company.

Of course, there was also enough time for us to explore the region and the city itself. We rented a car and visited Mijas, Marbella, and Torremolinos. This was a fun experience and the best moment to bond with the other students. Besides going to other places, we also did a lot in the city itself. We embarrassed ourselves by trying to dance the flamenco during flamenco classes, we went to relax at one of the best Hammams in Malaga and lastly, we booked a tour to the Botanic gardens just outside the city. This was just the right balance between work and vacation.

These were three weeks I would never forget. I have met amazing people, learned a new language and fell in love with this beautiful city and region. It was not the longest trip ever, but I do feel like I was there just a few weeks ago working on a project, my Spanish and enjoying the sun. I have learned a lot during these weeks, on a personal and professional level.

I started my blog with the following sentences: “Without a doubt, I said yes… And before I knew it, I ended up in Spain! This might never happen again, just be crazy and go to Malaga.” Four years later, I can proudly say that this was one the best decisions I’ve ever made and I would do it all over again if I could!

2 thoughts on “Blog by Marnix Rollfs of Roelofs”